Press clip as published in ‘The Examiner’ on Monday December 18, 2017 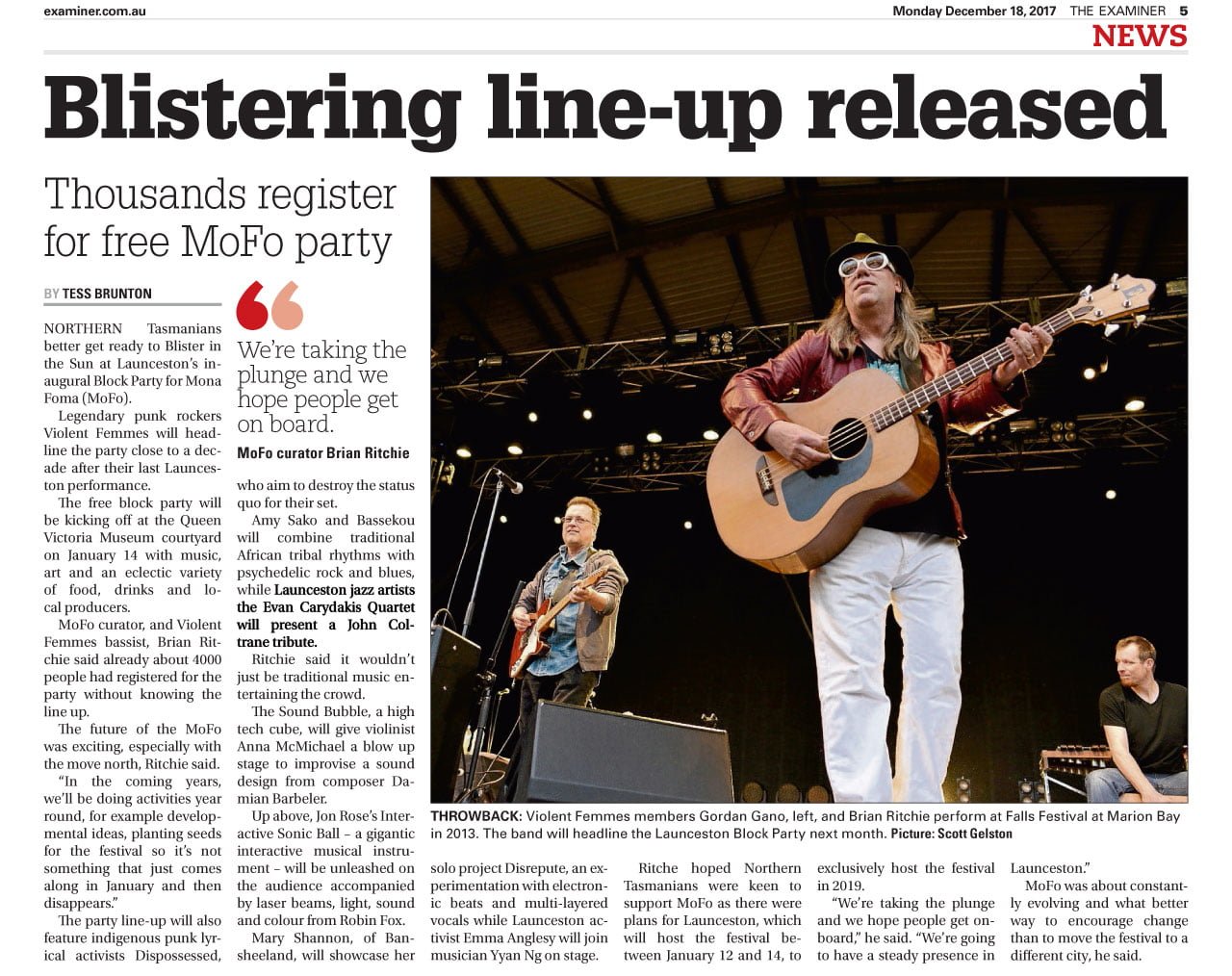 This press clip featured the Evan Carydakis Quartet as part of the line-up for the 2017 MoFo party. The Quartet were to present a tribute to the legendary John Coltrane.

Stay up to date!

‘Ponderosa’, the second track on my new Groove

With new releases coming up, now's the time to sub

Snippet of ‘Ponderosa’, track 2 from my Groove

I have created a YouTube playlist for 'Groove Hous

🎵#63 on the @SmoothJazzRadio Global Radar Chart

I am so grateful for all of our broadcasters. The

This week Groove House for the very first time is.

‘Groove House’, the first track on my new EP,

Snippet of ‘Groove House’, track 1 from my Gro

Another incredible review, this time from Music Mo

‘Groove House’, the first track on my new EP,

Groove House made the Top 10 on the@smoothjazzglob

Thanks to #jazzmonthly for their fantastic review

Snippet of ‘Groove House’, track 1 from my Gro

We’ve hit the listening loft – check us out at

With over 500 gigs under our belts together, Brend

I’ll be at the Kingsway Bar on Apr 29, playing w

I met Andrew Dennis through Brendon Siemsen, in fa

Introducing Ben Brinkhoff. I met Ben through a sin

The event on Saturday was brilliant! HUGE thanks g

Always great to hear the warm-up tones of Ben Brin

‘Ponderosa’, the second track on my new Groove House EP, is one of those songs that just popped into my brother Stephan’s head one day while he was in his backyard back home in Melbourne. It wasn’t a complete song, just the hook and chorus, and I added the verse and bridge then presto!British guitarist Ronny Jordan, who was a major player in the acid jazz movement, inspired ‘Ponderosa’ stylistically. His music was also heavily influenced by R & B, Hip Hop and Jazz, and it’s those elements that we infused into this song.When we asked Michael Oliphant to play keyboards in this song, being the brilliant musician that he is, he also came up with the ostinato string arrangement at the end of the song. The strings seem to come out of nowhere but make a bold final statement that is a testament to Mike’s brilliance.Stephan Carydakis Peter Kechayas Nate Harasim Derek Stagg Michael Oliphant SmoothJazz.com Global Sue Parker Bijou Music and Recording Studio The full EP is available for purchase on my website and streaming Spotify and Apple MusicFind the links vialinktr.ee/evancaryjazz ... See MoreSee Less

Sign up to my newsletter to get all the latest news!bit.ly/evancaryjazzsignup ... See MoreSee Less